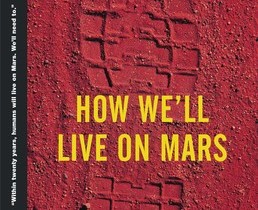 New Books for Future Mars Settlers There are two new and invaluable books on Mars, both of them ideal for those ready to settle down on the Red Planet: – How We’ll Live on Mars by Stephen Petranek – The International Mars Research Station – An exciting new plan to create a permanent human presence […]

Here’s a unique and novel opportunity for ophthalmology companies. The National Space Biomedical Research Institute (NSBRI) and the Center for Space Medicine at Baylor College of Medicine have launched the Vision for Mars Challenge. What’s being tackled here is addressing a key space biomedical issue. That is, after returning from space missions, some astronauts experience […]

NASA has released its 2014 Strategic Plan, with the space agency’s Office of Strategy Formulation identified as the responsible office. “Our long-term goal is to send humans to Mars. Over the next two decades, we will develop and demonstrate the technologies and capabilities needed to send humans to explore the red planet and safely return […] 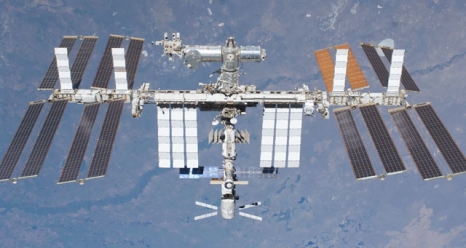 A White House endorsement Wednesday of an extension of operations aboard the U. S. led International Space Station from 2020 to at least 2024 sets a wide stage for more work on life support systems for future human deep space missions, the maturing of U. S. commercial low Earth orbit crew and cargo transportation services, […]

CDSE member @MadeInSpace will launch its 5th manufacturing facility to the @Space_Station on @northropgrumman's CRS-14 mission, targeted for 9:38pm ET today. The facility will demonstrate the production of turbine parts in microgravity for use on Earth: http://ow.ly/82dd50BGRd4

NASA is headed back to the Moon as part of the #Artemis program, and the agency’s historic “worm” logo will be along for the ride on the first integrated mission of the @NASA_SLS rocket and @NASA_Orion spacecraft: http://ow.ly/Q6bT50BGCkz

After three years of intensive engineering work, our #CubeRover is now at @NASAKennedy for more testing! Check out the footage of CubeRover navigating terrain:

At an @nss panel on the space economy, CDSE member @MadeInSpace's Andrew Rush @RushSpace says he sees a low Earth orbit economy as an enabler of a sustained presence on the Moon. Says tech demonstrations now will allow progress in the future. Watch live: https://www.youtube.com/watch?v=xbsu4mOMr_4