“ARTEMIS” - NASA’S PROGRAM TO RETURN TO THE MOON

The Artemis Program will be completed in different stages that aim to ensure a safe human landing on the Moon:

Artemis I will be the first integrated flight test of an uncrewed Orion spacecraft atop the Space Launch System (SLS) rocket. This stage of the mission will test Orion’s ability to operate beyond low Earth orbit; it will also test deep space navigation and communication systems. SLS will send Orion to a stable orbit beyond the Moon. From that orbit, Orion will return to Earth and demonstrate its ability to reenter and land. 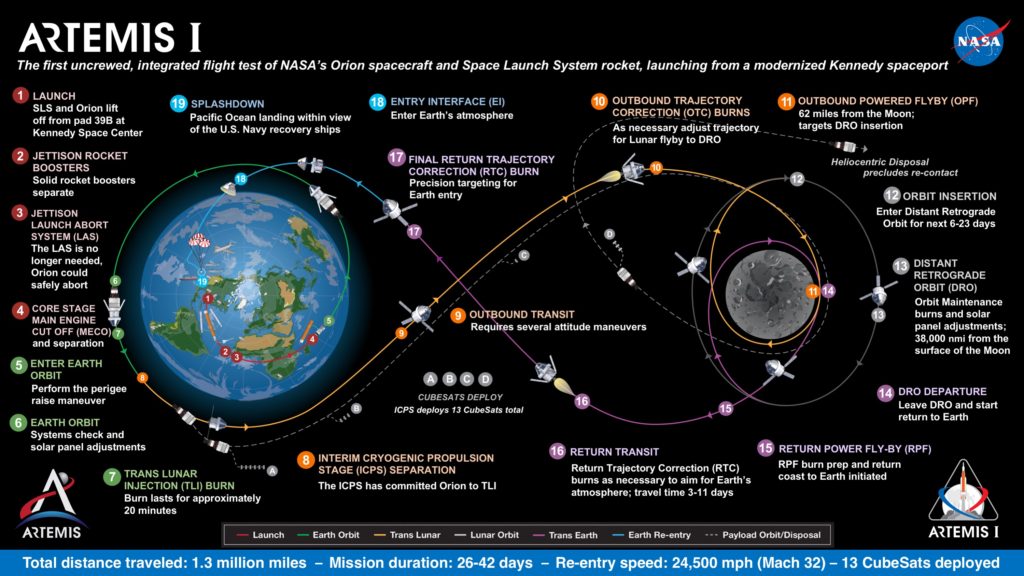 Thirteen secondary payloads will also come to the Moon on Artemis I. The payloads include small satellites that will study the lunar surface, measure magnetic fields in space, and assess the impact of space radiation. These satellites will launch in Orion’s stage adapter. Another four payloads will fly on Artemis I inside the Orion crew module, including a vest that could help astronauts avoid harmful space radiation in future deep space missions. 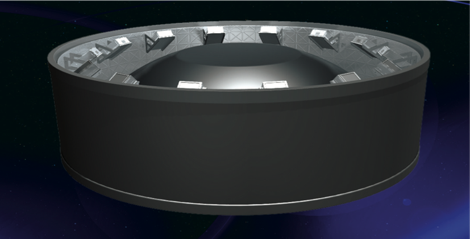 This mission is crewed and tests Orion’s life support systems with four astronauts aboard. Artemis II will demonstrate critical functions including mission planning, system performance, crew interfaces, and navigation and guidance beyond low Earth orbit. After launching, SLS will orbit the Earth twice, firing its engines to build up the speed to push it to the Moon. Artemis II will be a lunar flyby and not yet a touchdown on the lunar surface. The entire mission will last approximately 21 days. 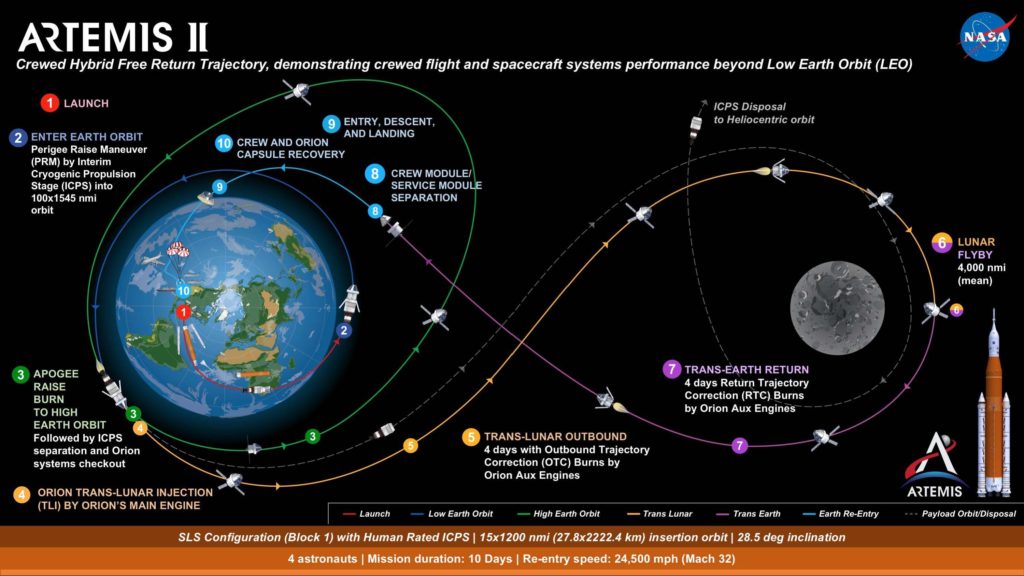 Artemis III is the second crewed mission of the program, and the first to land astronauts on the Moon. The crew will visit the Moon’s south pole to search for water, study its surface, test technologies, and learn to work on a world outside Earth. 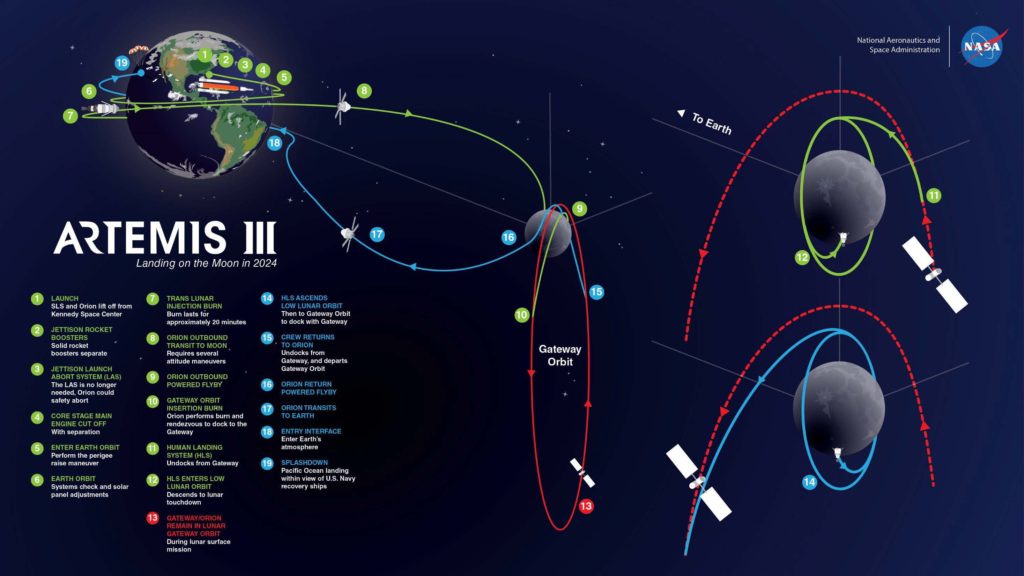