Orion, SLS Hardware on the Move

November is shaping up to be a busy month for Orion and Space Launch System hardware. For the first time since the space shuttle program, a human-rated flight engine was lifted into a test stand at NASA’s Stennis Space Center in Mississippi. And in Turin, Italy, a test version of the Orion service module is getting ready to cross the Atlantic.

We begin in Mississippi, where officials at Stennis completed the seventh and final test firing of a development RS-25 engine back in August. Four RS-25s will power the SLS core stage. Now, it’s on to flight hardware certification. Engine 2059, slated for the first crewed SLS flight, Exploration Mission 2 (EM-2), was installed in test stand A-1 earlier this week. All four EM-2 engines are scheduled to be individually test-fired over the course of fiscal year 2016. The four engines that will fly on the Space Launch System’s first mission, EM-1, will be integrated into the vehicle’s core stage and fired simultaneously on another test stand, B-2.

It’s an important milestone. You’re looking at one of the actual engines that will be used to power humans off the Earth for a trip to the moon: 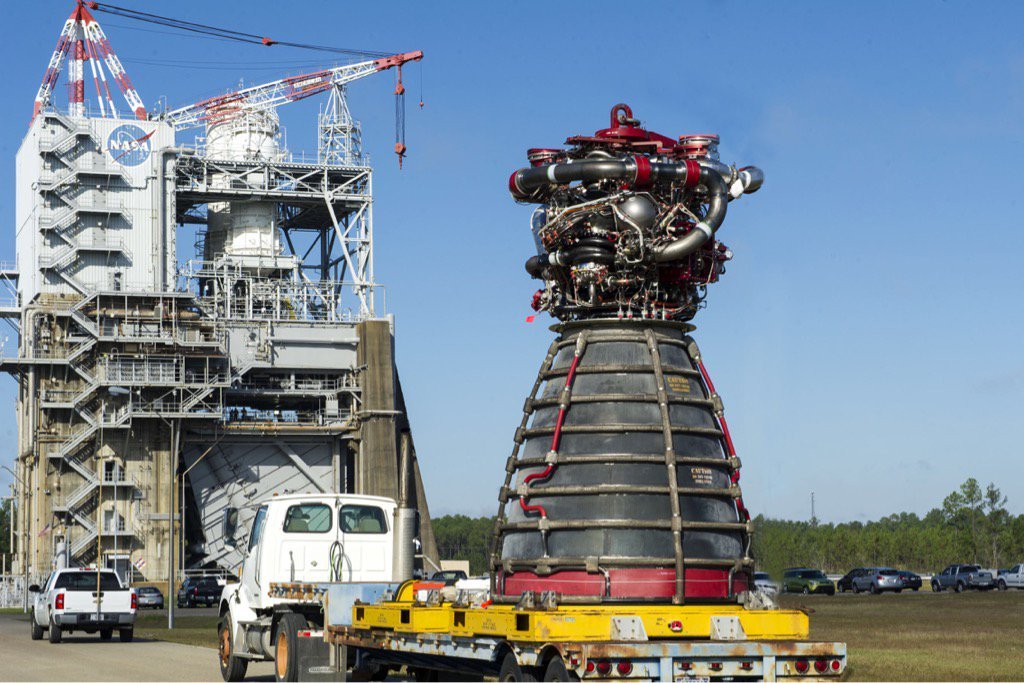 Read more at the Planetary Society.

Progress! The @NASA team has begun installing an adapter that will connect @NASA_Orion to @NASA_SLS for the #Artemis I mission around the Moon. This is one of the final major hardware operations for the spacecraft prior to integration with the rocket! https://www.nasa.gov/image-feature/nasa-begins-installing-orion-adapter-for-first-artemis-moon-flight/