One of the reasons we send probes and rovers to deep space is to pave the way for human spaceflight to distant destinations. At the moment, various NASA science missions are planned to gather data that will help humans venture to the lunar south pole and eventually to Mars. The experiments enabled by these missions will offer an advantage to future deep space astronauts that Apollo era astronauts did not have.

NASA is sending landers to the Moon ahead of a human lunar mission through the Commercial Lunar Payloads Services (CLPS) program. In 2021, Coalition for Deep Space Exploration (CDSE) member Astrobotic, a CLPS provider, will fly experiments to the Moon aboard its Peregrine lunar lander that will help inform the effort to send humans to the lunar south pole. The lander will carry instruments such as the Neutron Spectrometer System (NSS) to search for indications of water-ice near the lunar surface. An eventual sustainable human presence at the Moon will require the use of resources such as water for fuel and consumption. 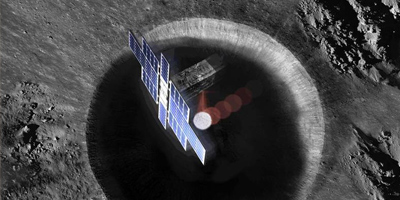 Astrobotic’s Peregrine lander will launch aboard a CDSE member United Launch Alliance (ULA) Vulcan Centaur rocket. With a perfect launch record, ULA has sent science missions to every single planet in the solar system as well as both the Parker Solar Probe and Solar Orbiter to the Sun, which are helping us learn more about how our nearest star affects human spaceflight. Vulcan is ULA’s newest rocket, currently in production. Part of the reliability of ULA rockets stems from their experienced supplier companies such as Futuramic, another CDSE member, which is working with ULA on Vulcan.

Meanwhile, Artemis I, the first mission in NASA’s Artemis program to return humans to the Moon, will be the first integrated test flight of the Space Launch System (SLS) rocket and the Orion spacecraft. But in addition to testing these systems, developed by CDSE members Boeing and Lockheed Martin as main contractors, respectively, the Artemis I mission will enable science that paves the way for human exploration of the Moon. Thirteen CubeSats will come along in Orion’s stage adapter to study the lunar surface and assess space radiation ahead of the return of humans to the Moon on the Artemis III mission. One of the CubeSats will be the Lunar Flashlight, which will look for ice in permanently shadowed Moon craters. 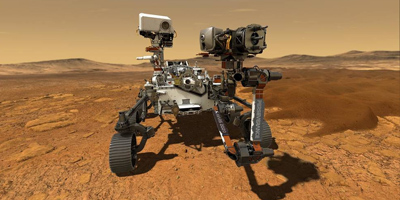 Along with Artemis-related missions, the NASA Perseverance rover, which successfully launched to Mars on July 30, 2020 aboard a ULA Atlas V rocket, will conduct a variety of key experiments to lay the groundwork for human missions to the Red Planet. For example, powered by a Coalition member Aerojet Rocketdyne-built Multi-Mission Radioisotope Thermoelectric Generator, the rover will fetch rock samples that will be sent back for analysis in a future mission from Mars to Earth. The Rover will also bring along an instrument called MOXIE to produce oxygen from carbon-dioxide present in the Martian atmosphere. Experiments like the one enabled by MOXIE can allow astronauts to use the resources present on Mars during eventual human trips.

Aided by multiple robotic science investigations, humans will take space exploration to the next level. Using their curiosity, creativity, and flexibility on the field, deep space explorers will lead us to grand discoveries and answer questions about our place in the universe. Of course, CDSE members will be there at every step of the way. 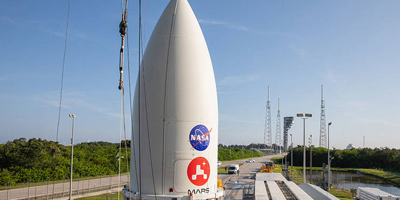