As Americans prepare to return to deep space, missions to the Moon offer unique opportunities for nations around the world to carry out cutting edge science and exploration activities, while simultaneously building workforce capacity and inspiring the next generation to engage in the space sector as we look toward Mars in the years ahead. It was precisely these types of opportunities that were discussed when more than 30 nations visited Coalition member company, Astrobotic on May 22nd. Ambassadors from Luxembourg, Monaco, Thailand, Kazakhstan, and others visited Astrobotic as part of Experience America, a program hosted by The Office of the Chief Protocol in the U.S. State Department. Experience America promotes international engagement with prominent U.S. business and community leaders, seeking economic partnerships with countries around the world.

Based in Pittsburgh, Pennsylvania, Astrobotic is planning to deliver payloads to the Moon for companies, governments, universities, and individuals. Founded in 2007, the company seeks to make the Moon accessible to the world with a reliable, low-cost payload delivery service that allows organizations around the world to pursue the untold opportunities in scientific investigation, technology demonstration, resource development, and exploration advancement at the Moon. Incredibly, only three nations have soft-landed payloads on the lunar surface: the United States, the former Soviet Union, and most recently China. Perhaps even more surprisingly, the United States hasn’t soft-landed payloads on the Moon in more than 40 years. 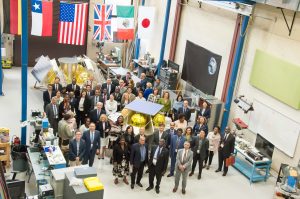 Astrobotic is on course to change this paradigm with its first mission to the Moon in 2019, the 50th anniversary of Apollo 11. In fact, the company has world-class partnerships with NASA, Airbus DS, and DHL, as well as 9 signed payloads for this first mission, representing 6 nations. When Astrobotic’s robotic Lunar Lander called Peregrine delivers its first shipment of payloads, the company will have more than doubled the number of nations with access to the lunar surface. For instance, Agencia Mexicana Espacial (AEM), the Mexican Space Agency, has already pioneered an innovative international collaboration model with Astrobotic that is likely to be replicated by others. AEM reserved service on Astrobotic’s mission, initialized a “Request for Proposals” in Mexico to determine their payload, and then selected a university in Mexico City to build the first-ever Latin American payload to the Moon. It is precisely this kind of model that was discussed with ambassadors when Experience America came to Astrobotic. 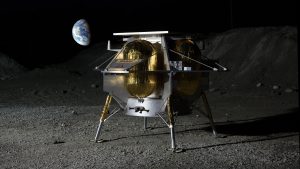 “It was humbling to welcome ambassadors from so many great nations to Astrobotic. This meeting could be the first step to the Moon for many countries, creating Apollo-like moments around the world,” said Astrobotic CEO John Thornton.

In addition to hosting the ambassador delegations, Astrobotic also welcomed Representative Keith Rothfus (PA-12) who made remarks on Astrobotic’s exciting Rust Belt success story of leading the world to the Moon through the region’s technology and manufacturing capabilities. 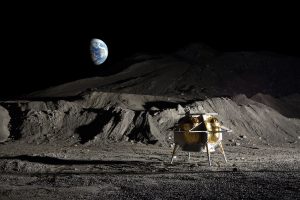 More about Astrobotic may be found at their website: https://www.astrobotic.com/